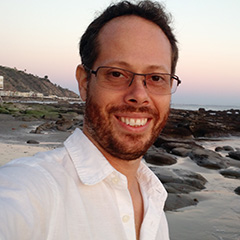 Jon brings a unique business perspective to Yandara. He has shaped the operational side of Yandara to make our YTT accessible to many students from the past, present and into the future. Focusing his talents into the yoga industry is important to him because it brings so much benefit to world around us. 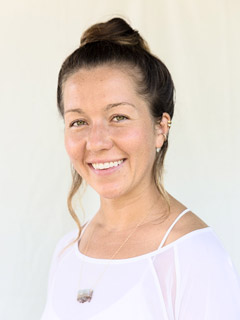 Anne teaches from a great depth of understanding and inquisitiveness of the human experience and endeavors to assist her students to recognize their own inner beauty and greatness using yoga and yoga philosophy as a modality to access the dimensions of the Self.

Anne approaches every class as an opportunity to connect with her own heart center and to create unity with all beings. Her goal is to create a safe, judgement-free zone where people can explore themselves and take what they need from their yoga practice; whether it be building a stronger more flexible body, easing anxiety, slowing down the chatter of the mind, improving balance or enhancing sleep just to mention a few of the countless benefits.

When Anne started coming to her mat 10 years ago, she thought of yoga purely a physical workout.  She soon realized that yoga, along with greatly improving her health, was opening up new dimensions in her life she never dreamed possible.  She resonated with the beautiful life philosophy yoga offered; a way of living that started opening her heart to more compassion, authenticity and a deeper connection to herself and others and to uncover the beauty of the true self. 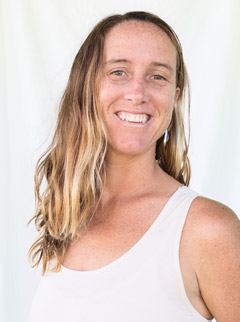 Amber was drawn to yoga to relieve her body from the daily aches and pains caused by sports injuries in her early 20’s. “It has been key to keep my body and mind in a place of comfort and contentment.”

Amber’s first yoga teacher was her mother, Mercy Ananda, a long time yogini and kirtan musician and part of the Yandara faculty. Amber describes her mother as “one of the most inspiring women she has ever known.”

For Amber, yoga is a way of life rather than a practice. As well as being a devoted yogini on all levels, Amber is an inspired surfer. She has learned to surf the waves of the ocean as well as the waves of life as yoga teacher, a householder, and a loving mother to her daughter Coral.

Forever in love with the flow of the ocean, Amber teaches and practices a fluid Vinyasa style, her students describe her classes as fun and dynamic with a strong emphasis on arriving in the present moment.

Since completing her first 200-hour training in 2008, Amber has had the priveledge to learn from and teach with all the amazing instructors at the Yandara yoga Institute. Amber has also received her 500 hour certification as well as a certification in Prenatal Yoga.

“If someone asked me to describe myself in three words i would say strong, silly and kind. To me, Yoga is freedom.” 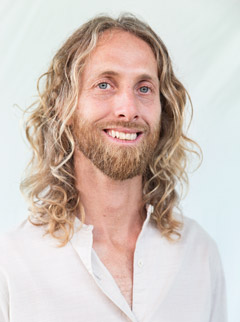 Christopher is the co-founderof Yandara and has over 20 years of meditation and yoga practice, his presence inspires those around him to enter their hearts and connect to their truest potential. Christopher has the gift to bring his students throughfun and challenging flow sequences while cultivating the sharedawareness that is Yoga. His style is dynamic and intuitive, mixing creative movement with a powerful asana practice. Christopher’s passion for yoga philosophy and yogapsychology is a part of his daily life and weaves naturally into histeachings.

Christopher was raised at the SKMC MeditationCenter in Bowling Green, Virginia. He requested initiation to ameditation practice at age 4, and while he led a “normal” childhood, hestudied with Sant Darshan Singh until age 16. In his early twenties,after attending VCU for fine arts, he spent two years as an apprentice of John P. Milton, training in SacredPassage (wilderness meditation) and QiGong. This time of deeptransformation included several solo wilderness retreats, ranging from 2to 28 days. In 2005, Christopher travelled to India and Nepal,where he attended teachings and undertook extensivepractice in Vipassana Meditation and Tibetan Buddhist Meditation.

Christopher founded the Yandara Yoga Institute with his father CraigPerkins in 2003. Since that time he has been facilitating Yoga TeacherTrainings, and continues to inspire and grow with each person he meets.

“A supportive environment to recognize your greatest potential will catapult your progress many times over.” ~ Christopher Perkins 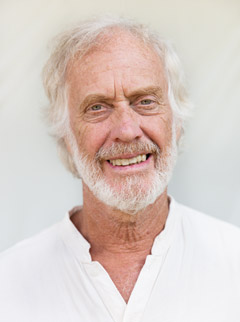 Craig is registered with Yoga Alliance with over 45 years and 15,000 hours of yoga teaching and yoga teacher training.

In 1968 Craig trained under Yogi Ananda Bhavanani (a follower of Swami Sivananda) in Vancouver, Canada, and became a certified Sivananda-style yoga instructor. At this same time, he began his 30-year meditation study with both Sant Kirpal Singh, and later with his successor Sant Darshan Singh, he also studied, and became initiated in, Tibetan Buddhism, and furthered his Hatha Yoga studies with Yogi Shaym Acharia.

After several years of teaching classes in Vancouver, B.C. Canada, Craig began running his own yoga studio “The Yoga Center”.

In 1972 Craig started a “live-in” yoga school in Miami, Florida, and two years later he moved to Sawan Kirpal Meditation Center in Virginia, where he lived for 20 years with his wife, and two sons. He also lived with his family at a Sivananda Yoga Center in Washington, D.C. for one year in 1980.

Craig has made several trips to India, studying. For 5 years he was studying Chinese yoga, T’ai Chi and Qi gong with a master/student of Robert Smith.

He has studied Sivananda, Ashtanga, Iyengar, Vinyasa, Yin, Restorative and Yoga Flow style. He has also compiled the booklet, “An Introduction to Yoga Life”, based on 30 years of yoga experience. Craig also has written the book with Aimee Hughes “A Philosophy and Guide for the Intuitive Yoga Teacher”. Craig has been a lead teacher trainer at Yandara for 20 years. 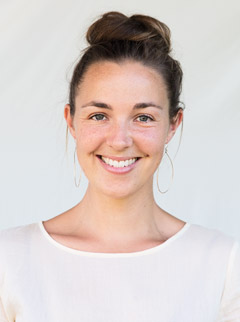 Nicolina (Nico) is trained in Traditional Hatha, Vinyasa, Restorative, and Kundalini Yoga. Her inspiring presence and teaching style is authentic, refined, and infused with grace. Through a transformative combination of asana, breath, meditation and chanting, she guides you to develop your intuitive mind, leaving you uplifted and inspired.

At age 18, Nicolina left her home in Sweden with a thirst for deeper understanding of herself through yoga and the ancient cultures of the world. She spent the following 6 years traveling, with 3 long stays in India. During this time, a lifelong romance with meditation and yoga commenced which led her to complete her first Yoga Teacher Training with Yandara Yoga Institute in 2006. The experience was transformational and she shortly returned to study and work at Yandara.

Through the years, she has continued to deepen her studies of yoga; she studied extensively with Shiva Rea and is a certified Prana Vinyasa® teacher; she has taught regularly at yoga studios and teacher trainings across the world, and co-founded a yoga studio in Gothenburg, Sweden.

Apart from extensive yoga studies, Nicolina holds a degree in Physical Therapy; the deep understanding of anatomy and physiology is an invaluable support in her profession as a yoga teacher and teacher trainer.

After diving deep into various styles, Nicolina has found two traditions that she holds close to her heart: Traditional Tantric Hatha Yoga, and Kundalini Yoga. The inner peace and physical healing she has gained through these practices has led to a passion to share the teachings. Traditional Tantric Hatha Yoga, rooted in the Krishnamacharya lineage, includes the practices of Asana, Pranayama, Bandha, Mudra, Visualization, Kriya, Mantra, the science of the Chakras, Ayurveda and Kundalini. It is a complete and transformative style and it constitutes the essence of Nicolina’s practice and teaching. In addition, Nicolina has found Kundalini Yoga to be an extraordinary practice that strengthens the major systems of the body, and efficiently develops intuition and a deep trust in life.

Off the mat, you may find her admiring nature, walking her dogs on the beach, enjoying the pulse of a city, reading, cooking, and baking delicious treats for community potlucks.

“The ancient teachings of Yoga invite us to be deeply curious about our True Nature. It is a practice of moving through any stagnation, so that awareness can permeate our entire being.” 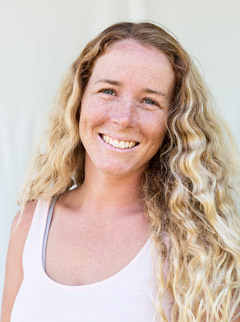 Sarasvati brings an open mind and an open heart to the mat. A lover of the Ocean and the Elements, she often ties her classes into the themes of nature. She loves exploring Yoga as an expression of the joy and abundance all around us.

Sarasvati has been studying and teaching with Yandara since 2009. She is an inspired devotional musician and has had the pleasure of studying mantra and kirtan with her mother, Mercy Ananda. Her receptive and joyful nature invites exploration on the mat and a playful outlook on life.

Inspired by the transformations she sees in the students at Yandara, Sarasvati holds a loving space for all to express their unique gifts with the community. More than anything, she believes in the power of a group, where each individual puts the best parts of themselves forward to heal the Earth and all beings! 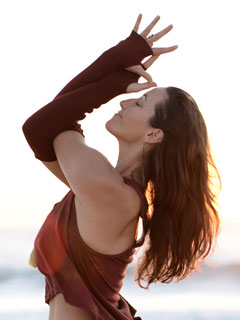 Allison Eaton is an international teacher of yoga, Reiki and meditation. She teaches yoga teacher trainings and Reiki (hands-on healing) certification trainings worldwide. Allison is the author of the Yandara Asana Manual and the Reiki Flow Manuals. She is a devotional singer and musician and is featured in the guided meditation CD, “Sat Nam.”

Allison is known to draw the authentic self out of her students, empowering them to practice and teach from the heart. Her teaching style is supported by extensive background training in Hatha, Vinyasa, Yin, Restorative, Iyengar and Bhakti Yoga and meditation. A healthy balance of Yang Flow Yoga and Yin Restorative Yoga is a central focus of her trainings at Yandara.