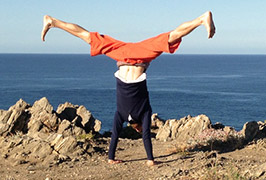 One of the first myths about yoga is that it is an intensely physical sport, only meant for those who are already in peak physical condition.  This is simply not true.  While there are parts of yoga that do require some physical prowess, this is not true of the entire genre.

Anyone with any body type can do yoga.  It is not just something for those who are already athletic.  Yoga has benefits for everyone.  These days there are multitudes of Yoga for beginners in books, DVD’s and more that you can purchase and learn from.

Another misconception about yoga is that only women like to do yoga.  Yoga is an activity for everyone.  Men enjoy yoga just as much as women do, and can also achieve many benefits from doing it.  Yoga was never intended to be a sport for one sex over the other.

A final misconception about yoga is that it is a goofy activity, where the people who participate sit around chanting and burning incense.  Yoga is about holistic practices.  While it originates from India, where a lot of incense is also from, and in many movies it is shown with people who are doing both of these practices, those things are not what yoga is about.  It is recommended that you not even burn incense while you are practicing yoga, because it produces smoke, which isn’t good for your lungs.

There are many myths and misconceptions about yoga.  Instead of believing in these things that you see or hear about, take a chance and try it for yourself.  There isn’t much that you have to buy or learn to begin practicing yoga.  In just a few minutes, you can see for yourself just what yoga can do for you.