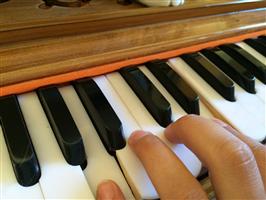 Wikipedia defines and describes Mantra as a tool for a spiritual transformation, which is created through sound, word, syllable, and even group of words.  India’s Vedic tradition is where Mantras originated which later on became a fundamental part of Hindu’s custom and tradition.  It has also been an established practice within Sikhism, Buddhism, and Jainism and since then it gained popularity and became a widespread custom among other religious groups or movements, some of which were off-shoots of the earlier religions and Eastern traditions.

Mantra is also found to be a practical and profound method of opening, self-awakening and self-transcendence.  As part of yoga, mantra is also used to discover one’s profound natural roots of his being.  What happens here is that the dormant centres of the brain are awakened by the subtle vibrations of both inaudible and audible frequencies during the mental and vocalised sound act. This leads to attuning of the 3 faculties (spiritual, psychological and physiological) to the nascent and sustaining pulsation of life as the vibrations cleanse and purify the consciousness.  When one is in the state of deep meditation, one would be able to acquire self-healing and desired universal knowledge.

The significance of Mantra has just been recently recognized in the Western World.  The Westerners found out that there is truth to the capacity of certain sound and music-waves in promoting a faster healing compared to orthodox methods.

To give one an overview of the different and varying types of Mantra, this article would try to briefly discuss each type.

Universal Seed – This is the basic, essential, or prime sound vibrations which include the most popular of all – “Om”.  Religiously practicing the chanting of the word in a calm and focused mind will enable one to achieve a deeper state of meditation achieving harmony with the universe.

Long mantras – Mantras are originally in Sanskrit language but nowadays many of the words are in different languages.  It has also developed into longer mantras which are positive pronouncements or are chanted to gain desired or specific benefits.

Compact prayer – These mantras are chanted as a form of prayer.

It is also important to note that a mantra, whether chanted with a word or phrases of words, can be recited mentally, internally, or in silence and repeated with feelings that which gives one greater benefits.

For beginners, one should allow the mantra in its natural stage.  As time goes by, one will be able to gradually move from one level to another.  There are four levels by which Mantra is attained: 1) word 2) feeling 3) constant awareness, and 4) silence.