The History of Yoga II 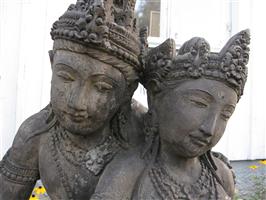 Yoga comprises of 3 basic structures which makes up the whole system.  The three structures are breathing, exercise, and meditation. Yoga’s breathing techniques teaches a person the proper way of inhaling and exhaling.  The concept of breathing in Yoga is based primarily on the view that the air that comes in is the source of life that sustains our body.  In this way, Yoga student learns how to breathe the right way thereby increasing their breath control which helps improve the body and mind’s function system as well as enhancing their overall health.

Meanwhile, Yoga’s exercises are intended to increase the body’s total health and its efficiency.  To be able to achieve this, the glandular systems of an individual’s body are the target of the exercises that puts pressure into it.  The exercises are also meant to pay respect and great care for the body to which is a key instrument that allows one to move and work and at the same time evolve in this world.

The two structures are needed to prepare the body and mind to enable a successful meditation.  A sound body and a quiet mind make it easier for the student to heal the stress away.  As such, regular practicing of Yoga empowers an individual.

THE EIGHT LIMBS OF YOGA

2) Observance or “niyama” – This second limb is all about contentment, tolerance, purity, study, and remembrance;

5) Preparation for meditation or “pratyahara” – the 5th limb or described as detaching the mind from all senses;

6) Concentration or “dharana” – this 6th limb shares how one can control the mind focusing on an object for a specified time;

7) Meditation or “dhyana” – this 7th limb teaches one to focus his attention on an object or nothing at all for an indefinite period of time; and,

8) Absorption or “Samadhi” – this 8th limb makes one realize the true and essential nature of one’s self.

YOGA IN THE UNITED STATES

In the late 1800s, United States was introduced with Yoga.  It did not gain outright popularity until the 1960s.  The youth’s interest in Yoga has become a part of their culture which they began to see its beneficial effects.  This earned the respect and paved the way for the wide acceptance of Yoga as a significant tool in managing stress and developing one’s well-being.  In fact, many physicians nowadays recommend to their patients to have a regular Yoga practice which will lessen the risk of heart disease and will prevent arthritis, depression, back pain as well as other chronic conditions.