Music and Yoga: Keeping Up With The Times or Modern-Day Distraction? 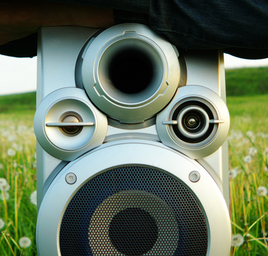 There is a consensus among all creatures who walk upright that today’s world has more distractions than ever. But there are differing views over whether or not one of those distractions — music — should be allowed to enter the yoga studio. Should we combine yoga and music? The experts offer their opinions.

Thanks to the Internet, mobile devices and society’s ever-increasing ADHD tendencies, distraction is commonplace in the modern era. Yoga has always been a practice that positions itself as an escape; a place to turn inward and relax.

But is that possible? Or perhaps, more accurately, is it entirely necessary?  We’ve gleaned some insights from a variety of yoga practitioners to find the answer.

Yoga and Music: It Wasn’t Always This Way

Playing music during yoga class has become the norm in many yoga studios, but this wasn’t always the case.

Ashtanga relied on the instructor’s cues and was taught in silence (and still is, by many instructors). Music was not compatible with some poses and styles, and it also impeded the effective use of mantras. (We’ll touch on those later in the post.) 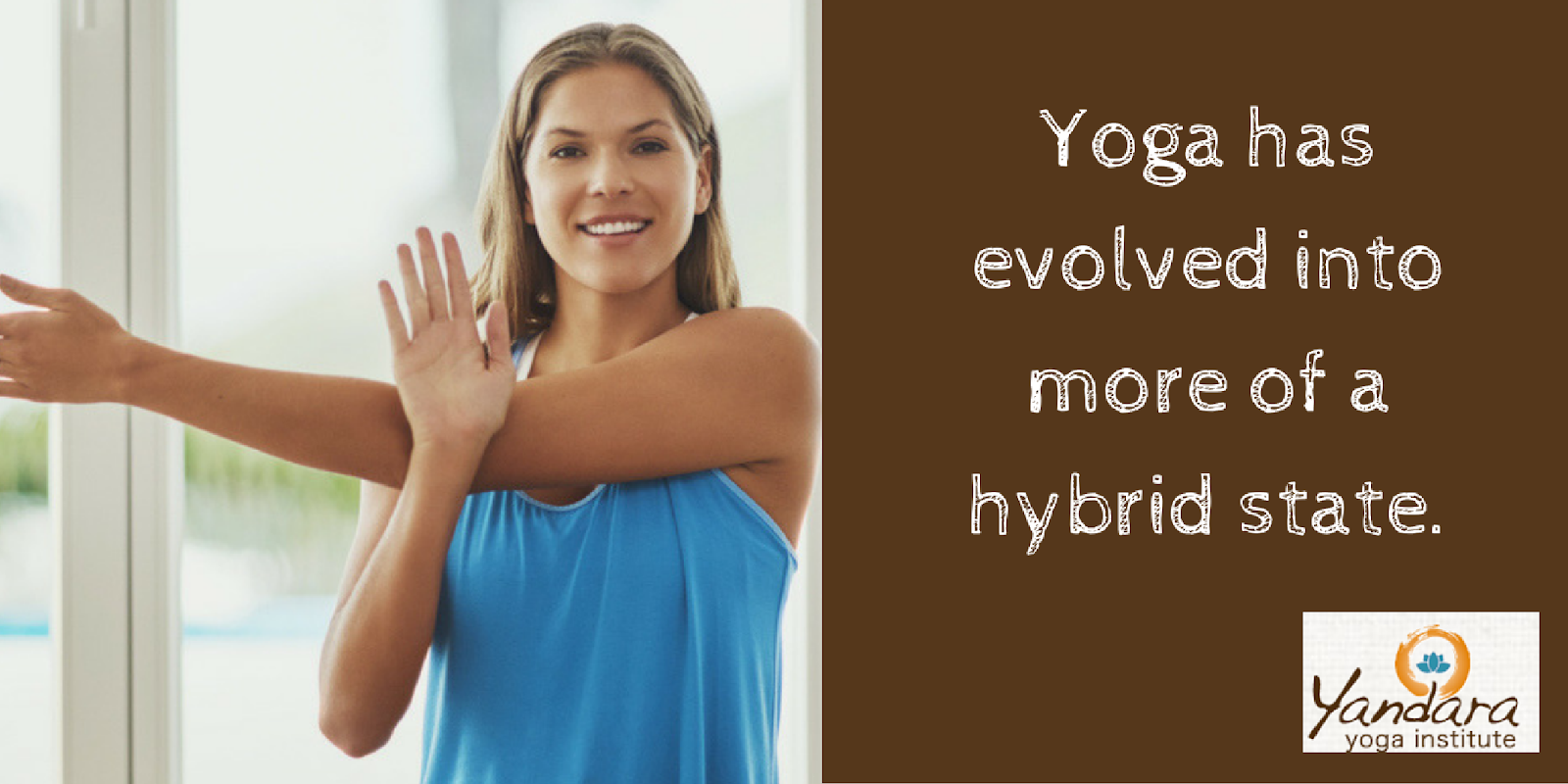 But today yoga has evolved into more of a hybrid state, in which physical conditioning has achieved equal footing with the spiritual aspects of yoga. People may not have the patience to engage in the mental aspects of yoga.

In her post on music and yoga, Gaby Fleming explains that, “You have to invest a significant amount of energy into chanting and meditation before it starts to take effect. Your reward for the effort is an exponential increase in wisdom, compassion and vitality.”

That may not jive with modern day life. “We live in a society that’s fast-paced,” said Erica Merrill, yoga instructor in Chicago. “A lot of people want 60 minute classes, not 90 minute classes.”

Yoga Class With Music: A Silent Studio Might Not be the Right Fit in the U.S.

A yoga instructor is in a tough spot. As much as you may embrace the spiritual side of yoga, you still need to fill your studio to pay the bills. And silence doesn’t always fit the modern-day business model of a yoga studio. 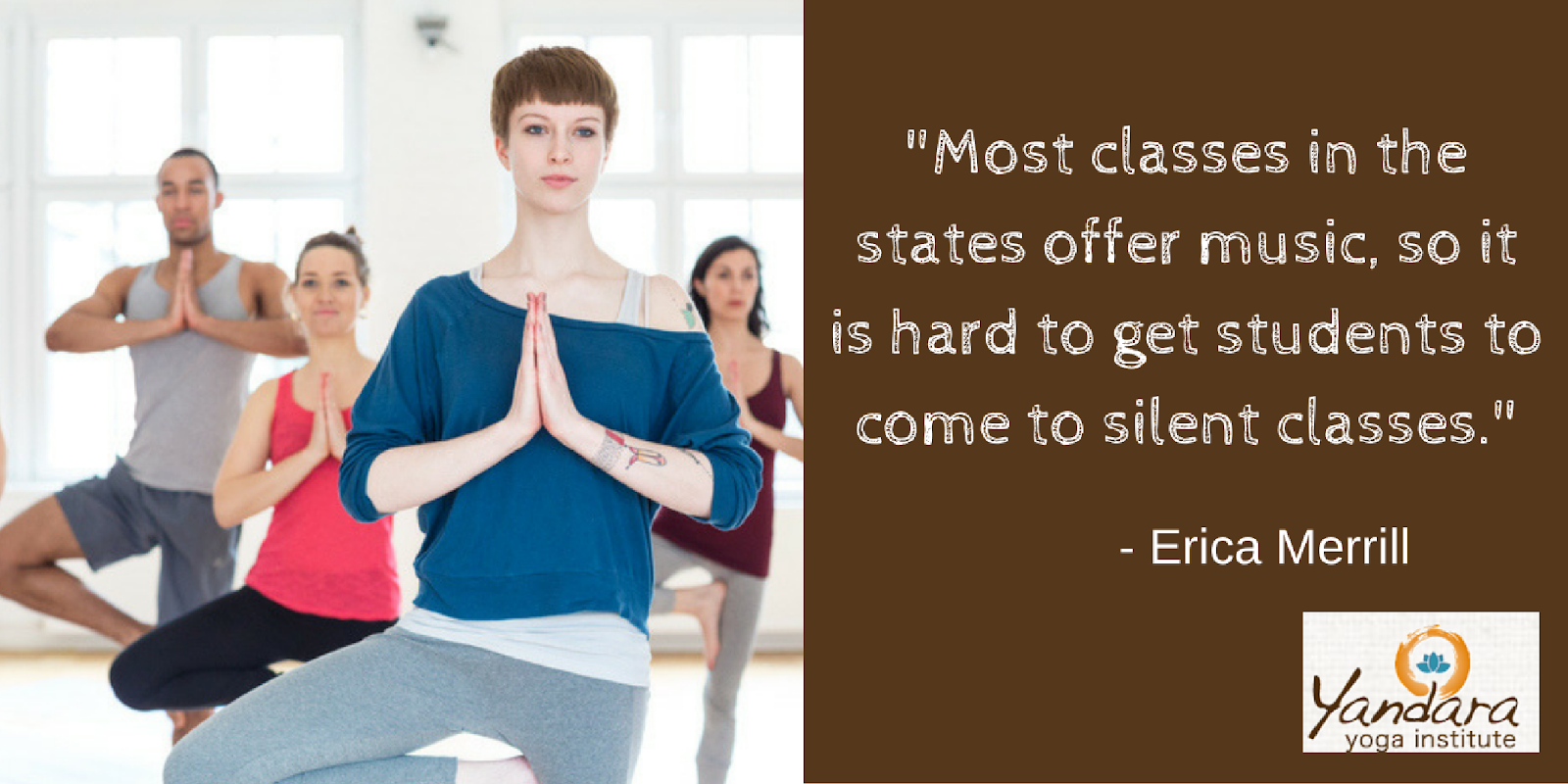 “Most classes in the states offer music, so it is hard to get students to come to silent classes,” Merrill explains. In big cities, for example, they are now integrating hip-hop and live DJs into the classes. It may be contrast to what the yoga experience is like in India or other countries, where perhaps the pace is a bit slower. 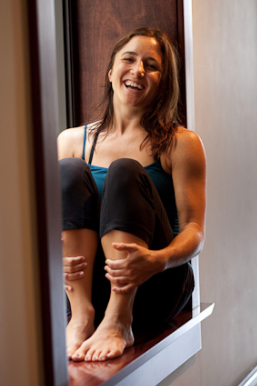 Erica Merrill – photo courtesy of Yogaview.
The new tendency to integrate all forms of music may be missing the point, but Merrill says, “If it is what helps bring students to their mat, then it is working”.

Merrill also wonders if people find it somewhat disturbing to be in a completely silent studio. Switching from the chaos of modern day life to complete silencio may just “freak them out.”

“I give them some music to lighten the mood and make it more enjoyable,” she said.

Is it just that we don’t have time to be quiet and look inward? Gaby Fleming writes, “You have to invest a significant amount of energy into chanting and meditation before it starts to take effect. Your reward for the effort is an exponential increase in wisdom, compassion and vitality.” 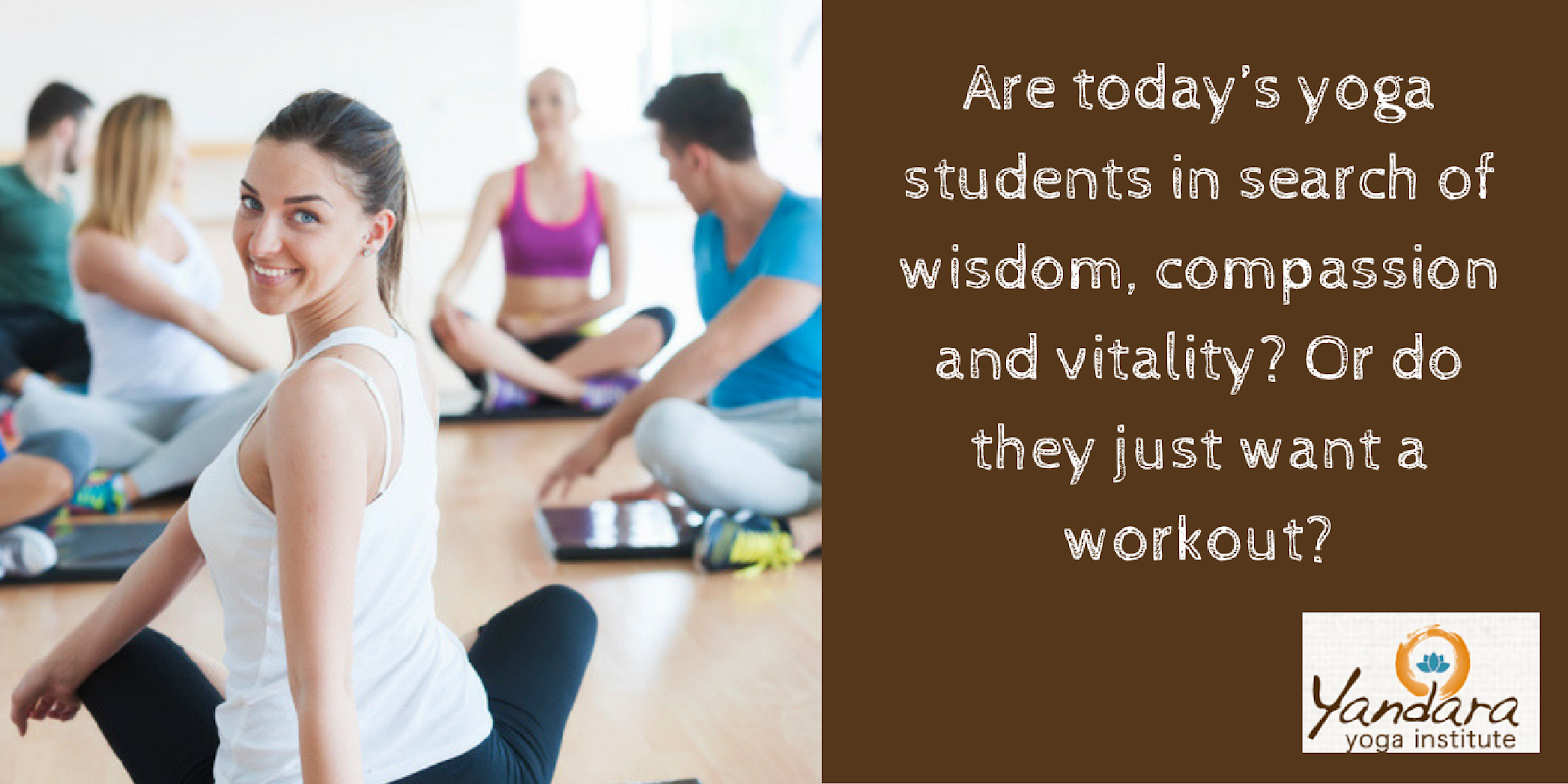 But are today’s yoga students in search of wisdom, compassion and vitality? Or are they there for the workout?  “I think there is a time and a place for silent practice, but everything evolves,” Merrill said. “I’m not sure it will be embraced forever.”

Music + Yoga = Relaxation: Not All Music for Yoga Class may be a Distraction

If the approach to music in a yoga class is evolving, then what types of music fit the new paradigm?

Actually, if yoga is considered to be therapeutic, then there may be some validity to integrating it into the yoga studio.  Considering some of the research:

(Special thanks to lifehack.org for these links!)

These studies reveal the music does have therapeutic value. It can deliver the “fix” people are looking for, but perhaps not the ideal mental state yoga purists aspire to achieve. Consider Erica Leibrandt’s story.

To Listen or Not to Listen to Music During Yoga Class…What is the Answer?

In her post “Should we be listening to music to yoga,” Erica describes the push-pull experience of music and yoga.  First, she finds silence.

Sometime after finding this studio, I decided to try Ashtanga. I was excited, but also kind of intimidated to realize Ashtanga is practiced silently except for the teacher’s cues. I worried that I had become dependent on music to relax me and would feel awkward and exposed without it’s comforting presence—but after five minutes, I was so engrossed in what I was doing that I didn’t give it a second thought.

Then, she hears the music.

Then I began to teach yoga myself and I got all excited about the idea of music again. There is a whole world of exquisite sound devoted to enhancing yogic experience, and I was fascinated by the endless variety and iterations, and how songs could shape the feeling and energy of a class.

Obviously, there are pros and cons to music and yoga. At the end of the day, it’s going to be a personal decision. However, there are some suggestions and best practices you should consider if you do decide to integrate music into a session.

We’ve compiled a list of ideas from Erica Merrill and the posts we’ve referenced here.

1. If you’re going to play music, don’t make it too loud.

Be aware that people in the class are tuned in to your instruction. Keep the noise level at a point where people can easily hear you.

2. Choose soothing, ambient or classical music for meditation and yoga.

The studies referenced above indicate that classical music or meditative sounds can work toward the goal of relaxation. Merrill related an anecdote where the instructor played “Crocodile Rock” by Elton John, which proved to be infinitely distracting.

3. Don’t tie in music to breathing.

Gaby Fleming urges instructors to avoid trying to combine music and breathing as part of the yoga session. She writes music “is random at best and undermines the science of yoga.” It’s nearly impossible to find the song that will match your breathing, much less multiple songs on a playlist.

Speaking of playlists, if you’re going to use music in a class, do it right. Erica Merrill spends hours compiling her playlists and she’s made hundreds throughout the years. Listen to this audio interview for insights into her playlist creation process.

Besides radio stations on Spotify and Napster, you can also find long compilations on YouTube of great music for practicing yoga.

6. Alter your approach to create a music – yoga meditation.

Erica notes that her approach to meditation is through the music. “I’m not good at sitting still and meditating,” she said. Many people are likely in her boat, and probably don’t want to spend their precious time meditating in a still position on the floor.

Use music to help them leave their everyday worries and find that inner calm that we all aspire to achieve.

7. Go to a yoga music festival.

If you’re going to go with the flow, why not make a road trip out of it? There are a number of yoga festivals, each featuring music. It’s a great place to get music ideas and bag a vacation in the process. Here are a couple to consider:

8. Go with a neutral sound, but be prepared to have a thick skin.

Do your best to avoid anything provocative. Erica relates the story of someone approaching her after a yoga class and telling her, “I love your class, but I hate your music.” You’re going to win some, you’re definitely going to lose some.

At the end of the day, this is an entirely subjective decision. But keep in mind that it’s not yours alone. Erica Merrill is very conscious that people who attend her class like the music, otherwise they wouldn’t be there. 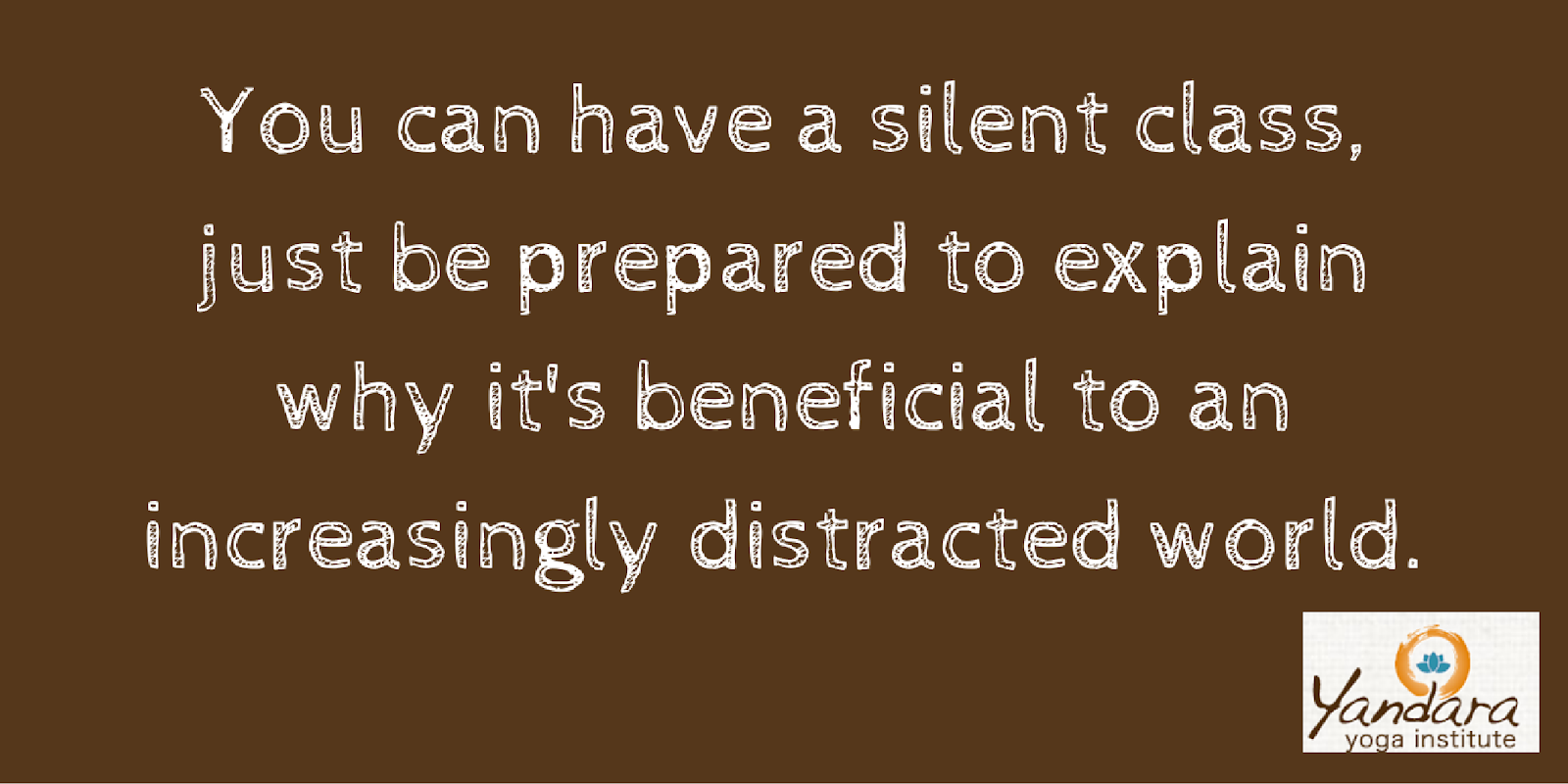 If you want a silent class, there are definitely students out there for you. Just be prepared to explain its advantages to an increasingly distracted world. 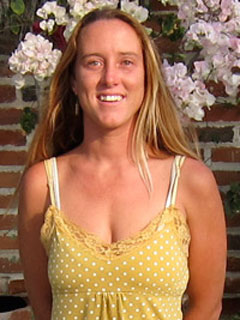 To love somebody – live

Fruits of my labor – Lucinda Williams

Running home to you – Bee Caves

Singing to me – David Wax Museum 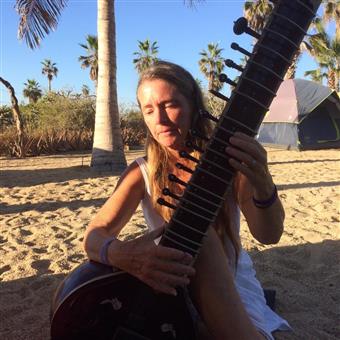 Gift of the Blue Pearl

Into the Deep Blue 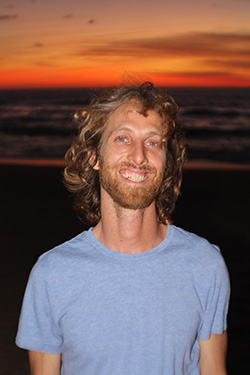 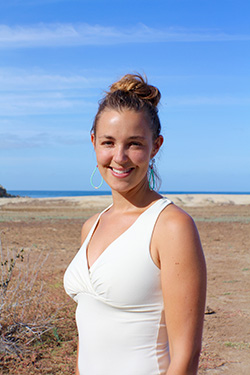 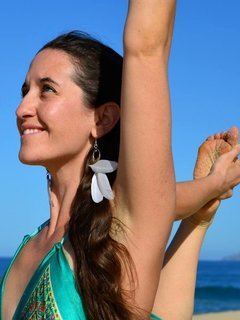 Do You Have a Great Yoga Music Playlist? Share It in the Comments!